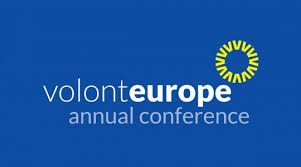 The 19th Annual Workshop on Voluntary Action hold in Athens, Greece from 21-24 October 2010.
The 2010 Volonteurope Conference  delivered in partnership with the independent Greek NGO PRAKSIS (www.praksis.gr).

During the conference we celebrated the fourth edition of the Active Citizens of Europe (ACE) Awards.
The Awards Ceremony in Athens, on Friday 22 October 2010, once again recognised the invaluable contribution of individual volunteers and volunteer-involving organisations to social cohesion and Active Citizenship in Europe.

Mr. Papalexopoulos refered to the models of Excellence that Citizens’ Movement organises every two years