Revision of the constitution: environment, human rights and independent authorities

A wide-ranging public discussion organized in response to the impending revision of the constitution, in association with the Citizens’ Union Paremvassi, the Association for Human Rights and the Association of Citizens of Thessaloniki for the Environment and Culture. Participants: N. Alivizatos,Professor at the University of Athens A. Manitakis,Professor at the Aristotle University of Thessaloniki S. Papaspiliopoulos,economist, member of the Board

The independence and effectiveness of the judiciary 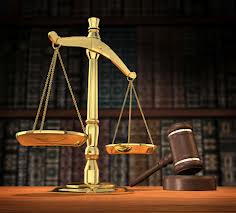 An event staged by the Citizens’ Movement, of which the proceedings were published, under the aegis of the Archaeological Society, in 2002. Participants: S. Matthias,President of the Supreme Court, member of the Board of the Citizens’ Movement K. Kerameus,Professor at the University of Athens D. Gourgourakis, Honorary President of the Supreme Court F. Kouvelis,former Minister for Justice G. A. Mangakis,former Minister for Justice A. Roupakiotis,President

Response to the events in Kosovo

The Citizens’ Movement issued a press release condemning ethnic cleansing and crimes against the people of Kosovo, as well as the NATO bombing raids on the Federal Republic of Yugoslavia.

The Citizens’ Movement, together with the Citizens’ Union Paremvassi and the Greek Association for Human Rights, signed an open letter to the leaders of the political parties

The workings of the Greek political system: constitutional modernization

A two-day conference to identify the dysfunctional aspects of our political system and the responsibility borne by politicians, parties and other forces in public life. The Citizens’ Movement posed specific questions to representatives of the parties in relation to the possibility of constitutional reforms. Participants: I. Katsoulis,University Professor, member of the Board of the Citizens’ Movement I. Pesmazoglou,Professor Emeritus at the University